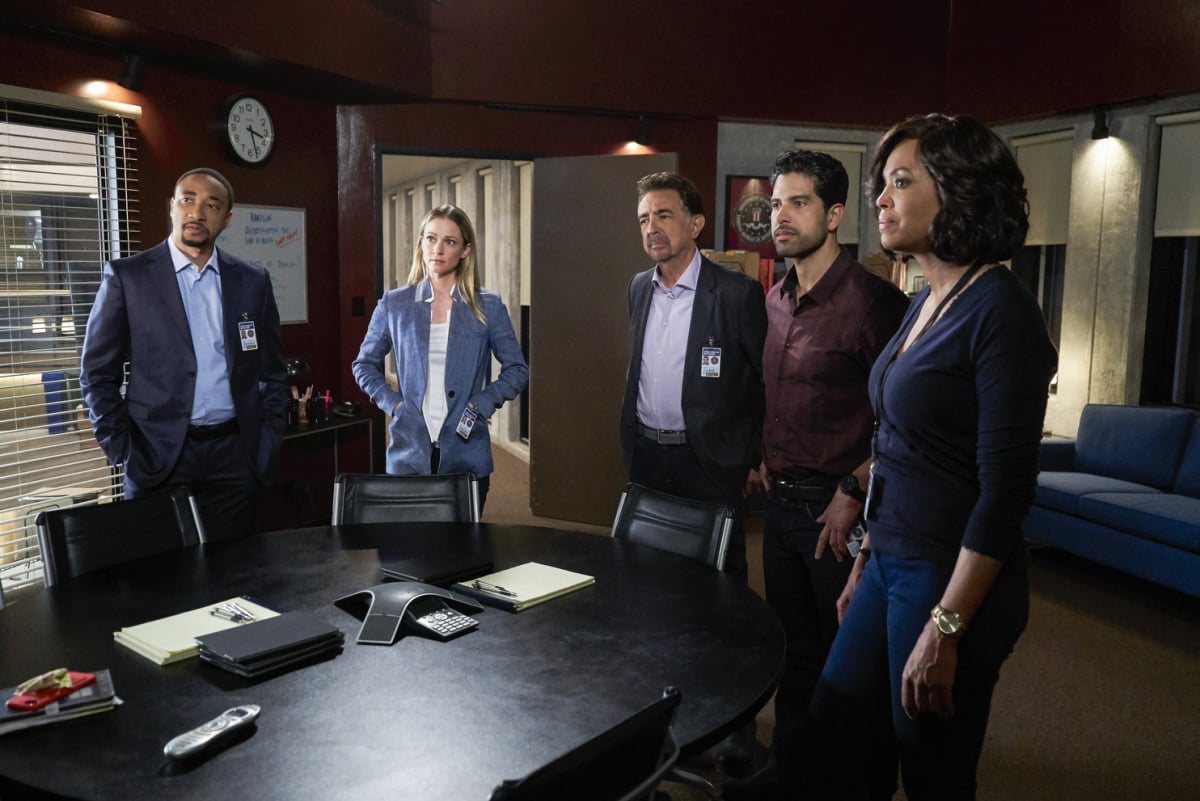 Season 12 of Criminal Minds had quite the shakeup and saw the departure of Thomas Gibson, who had played Aaron Hotchner since the very first episode, and was fired at the beginning of the season after an altercation with a producer.

Paget Brewster (Emily Prentiss), who had only planned to guest star on several episodes during the season, once again, became a series regular and stepped into Hotchner’s job, running the BAU.

The CBS series had already had to replace Shemar Moore (Derek Morgan), who left of his own volition and will be returning to the eye network this fall in the new series S.W.A.T. That hole was filled by Adam Rodriguez who stepped in as Luke Alvez, restoring the beefcake factor to the show.

For good measure, Damon Gupton was added as Stephen Walker by CBS, and it is Gupton who will be exiting after only one season on the FBI drama, according to TVLine. Gupton tweeted about it on Sunday saying, “I just lost my job,” in response to a tweet that gave him inspiration.

Criminal Minds showrunner  Erica Messer had earlier this year commented to TVLine: “It’s always a challenge to bring somebody new into a group that has functioned together as long as [the BAU has]. It’s like, ‘OK, what role needs to be filled?’ So we brought him in with a specialty in the espionage world.”

Gupton’s exit may be a result of storyline as the Season 12 finale ended with most of the BAU team’s lives in jeopardy as the SUVs they were traveling in to a crime scene were T-boned by an 18-wheeler courtesy of the big, bad Mr. Scratch (Bodhi Elfman).

But Gupton may not be the only one exiting the long-running drama. It has been previously reported that A.J. Cook (Jennifer “JJ” Jareau) and Kirsten Vangsness (Penelope Garcia) are in contract negotiations and are willing to walk away from their roles if they can’t make a satisfactory deal.

Joe Mantegna (David Rossi), Brewster, and Matthew Gray Gubler (Dr. Spencer Reid) will be returning for sure, as will Aisha Tyler, who was promoted to a series regular last year.