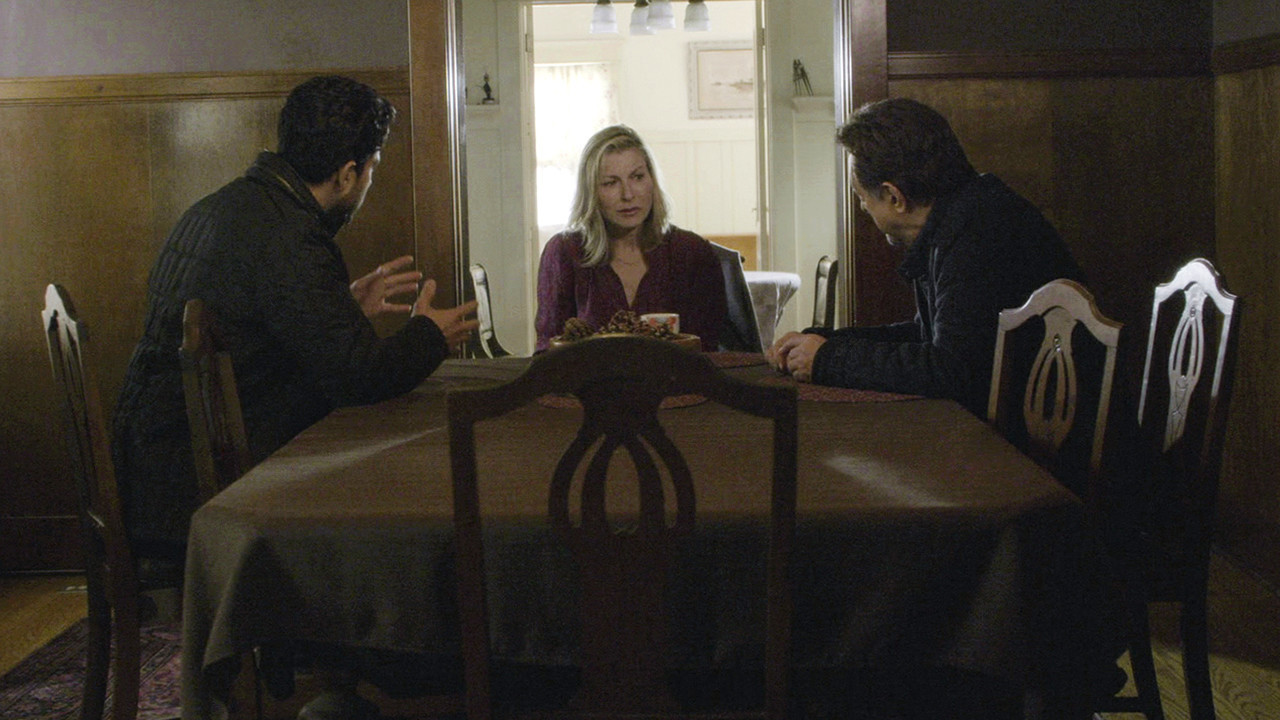 Underground Rosalee (Jurnee Smollett-Bell) is desperate to discover who took Noah (Aldis Hodge) in this new episode of the pre-Civil War drama. 7, 8:05, 9:10 and 10:20 p.m. WGN America

The Voice This new episode features highlights of blind auditions from the first part of the season. 8 p.m. NBC

The Goldbergs After Barry (Troy Gentile) starts checking out the best medical schools, Lainey (AJ Michalka) announces she got into a fashion program at a college that doesn’t have a med school, so Barry decides to modify his dream so he can be with Lainey. 8 p.m. ABC

Lethal Weapon When Riggs (Clayne Crawford) embarks on a rogue mission to get the answers he wants about his wife’s death, his recklessness forces Murtaugh (Damon Wayans Sr.) to weigh whether their continued partnership is a good idea. Tony Plana and Matt Passmore guest star and Jordana Brewster also stars in the season finale. 8 p.m. Fox

Speechless After Maya (Minnie Driver) puts a dent in a nearby car, then tries to evade responsibility, Ray (Mason Cook) secretly leaves a note for the other driver. 8:30 p.m. ABC

Criminal Minds A woman (Tatum O’Neal) has personal knowledge of the latest suspect and offers to help Rossi (Joe Mantegna) and the team find him in this new episode of the crime drama. 9 p.m. CBS

black-ish Dre (Anthony Anderson) considers taking paternity leave after he reflects on how his warm relationship with daughter Zoey (Yara Shahidi) evolved when he got to spend time with her, while Bow (Tracee Ellis Ross) tries to conceal her pregnancy at work in order to get a promotion. 9:30 p.m. ABC

Time: The Kalief Browder Story Kalief refuses to plead guilty in his case, and demands a trial in this new episode of the documentary series. 10 p.m. Spike

Hap and Leonard: Mucho Mojo Michael Kenneth Williams (“Boardwalk Empire”) and James Purefoy (“The Following”) return as best buddies in the second season premiere of the series based on novels by Joe R. Lansdale. 10 p.m. Sundance

The Expanse Fred Johnson’s (Chad Coleman) already tenuous control over the OPA threatens to collapse altogether, while Naomi (Dominique Tipper) continues her quest to track down every trace of the protomolecule. 10 p.m. Syfy