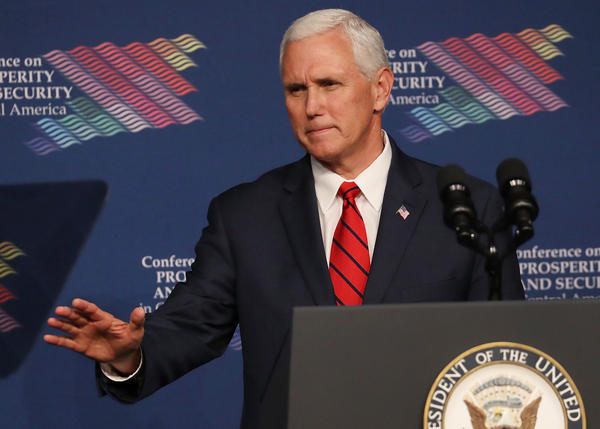 Here’s our look at the Trump administration and the rest of Washington:

Vice President Mike Pence has hired an experienced criminal lawyer to respond to requests from the special counsel and congressional committees investigating possible connections between Donald Trump’s campaign and Russia, a spokesman for Pence said Thursday.

“I can confirm that the vice president has retained Richard Cullen of McGuire Woods to assist him in responding to inquiries by the special counsel,” Agen said.

In recent days, Mueller reportedly has requested to talk to senior Trump administration officials as his team of investigators looks at whether people working on Trump’s presidential campaign colluded with Russian officials to interfere in the election process.

“The vice president is focused entirely on his duties and promoting the president’s agenda and looks forward to a swift conclusion of this matter,” Agen said.

In late May, President Trump hired Marc Kasowitz to handle legal and media requests about the Russia investigation.

Cullen served as U.S. attorney for the Eastern District of Virginia under President George H.W. Bush.

Cullen also has experience with high-profile congressional inquires. During the Iran-Contra investigation, Cullen was counsel to former Sen. Paul Tribe (R-Va.), and was on the staff of former Rep. M. Caldwell Butler (R-Va.) during the Watergate investigation.