President Donald Trump on Wednesday ended a fraught month-long search for an FBI chief after firing James Comey by selecting Christopher Wray, who has prosecuted and defended white-collar crime cases and represented New Jersey’s governor in a political scandal.

Wray, who must be confirmed to the post by the Senate, and Comey served together in the Justice Department under former President George Bush, and both worked on the government’s case in the Enron Corp fraud scandal in the early to mid-2000s.

Trump’s announcement that he will nominate Wray as director of the Federal Bureau of Investigation came a day before Comey’s eagerly anticipated public testimony before a Senate committee.

In written testimony released by the panel on Wednesday, Comey said Trump told him on Jan. 27 that “I expect loyalty,” and in a Feb. 14 meeting asked him to back off from a probe into former national security adviser Michael Flynn’s ties with Russia.

The Republican president’s search for a replacement for Comey after firing him May 9 was difficult. Leading candidates including former Senator Joe Lieberman took their names out of consideration, and Trump interviewed a series of contenders.

In a statement, Trump called Wray “an impeccably qualified individual” who will serve “as a fierce guardian of the law and model of integrity.”

The White House has given shifting explanations on why Trump fired Comey during an FBI investigation into whether Trump campaign associates colluded with the Russians to help him with the 2016 presidential election. Trump has said he was thinking of “this Russia thing” in dismissing Comey.

Wray served from 2003 to 2005 at the Justice Department under Republican former President George W. Bush as an assistant attorney general in charge of its criminal division and oversaw the department’s Enron task force.

Wray and Comey helped bring the case against Kenneth Lay, the former Enron chairman convicted in 2006. Also involved in the Enron matter was Robert Mueller, then FBI director and now special counsel named after Comey was fired to investigate the Russia affair, as well as Andrew Weissman, who is now working for Mueller.

The web of Enron connections underscores the reliance in Washington, even under a president who vowed to “drain the swamp,” on an elite corps of corporate lawyers whose varied careers often intersect and who sometimes present conflict-of-interest issues.

That case and others taken on by Wray while in private practice could pose problems, said American Civil Liberties Union National Political Director Faiz Shakir in a statement.

“Christopher Wray’s firm’s legal work for the Trump family, his history of partisan activity, as well as his history of defending Trump’s transition director during a criminal scandal makes us question his ability to lead the FBI,” Shakir said.

Wray represented Christie in a scandal that resulted in two of the governor’s aides being convicted. Christie, who was a close adviser to Trump during the 2016 presidential campaign and whose name was floated as a possible Comey replacement, was never charged.

Christie on Wednesday called Wray “an outstanding choice, a non-political choice” to head the FBI.

Wray works as a King & Spalding litigation partner and represents companies and individuals in a white-collar criminal and regulatory enforcement matters. King & Spalding has represented Russian companies including state gas monopoly Gazprom, according to its website. According to the website, the firm’s energy practice also has represented businesses taking part in deals involving Russian entities including state-owned oil major Rosneft.

The firm has previous ties to Trump. Bobby Burchfield, a partner in its Washington office, serves as ethics adviser for the trust set up in January to isolate Trump from the day-to-day operations of the Trump business organization. The agreement has been criticized by some ethics experts as inadequate.

Apart from possible conflicts, another question about Wray is whether the longtime white-collar lawyer is equipped to take over an agency that is increasingly focused on detecting and combating terrorism, espionage and cybercrime.

“There are questions about whether he is experienced enough in intelligence, counter-terrorism, counter-narcotics, computer crimes, and issues like that,” said one senior U.S. law enforcement official who asked not to be identified.

“The biggest test the bureau is likely to face is not another Enron,” the official said.

“It is imperative that the next FBI director be of unimpeachable integrity and independence,” Nancy Pelosi, the top House of Representatives Democrat, said. “In light of the president’s constant efforts to block the truth, the nomination of Christopher Wray should be subject to the utmost scrutiny.”

Republican Senate Majority Leader Mitch McConnell said Wray’s “impressive credentials make him more than ready” to lead the FBI. Republican House of Representatives Speaker Paul Ryan said he did not know Wray but that his resume suggests he is “the perfect kind of person” for the job. 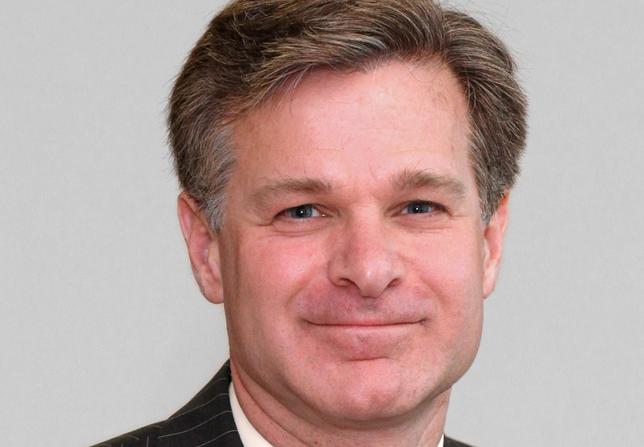