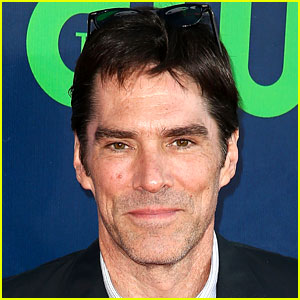 Thomas Gibson has officially been fired from the CBS crime series Criminal Minds after he kicked a writer in the shin.

The 54-year-old actor was suspended for one-to-two episodes following the on-set altercation, which happened during an episode he was directing as well.

“Thomas Gibson has been dismissed from Criminal Minds. Creative details for how the character’s exit will be addressed in the show will be announced at a later date,” CBS TV Studios and ABC Studios announced in a joint statement on Friday (August 12).

Thomas has been on Criminal Minds since its debut in 2005 and this isn’t the first time he has been in an on-set altercation. He previously hit an assistant director and had to undergo anger management counseling.

UPDATE: Here is the statement that Thomas released to TMZ: “I love Criminal Minds and have put my heart and soul into it for the last twelve years. I had hoped to see it through to the end, but that won’t be possible now. I would just like to say thank you to the writers, producers, actors, our amazing crew, and, most importantly, the best fans that a show could ever hope to have.”