Time to say goodbye to Aaron Hotchner. Thomas Gibson, who plays the FBI special agent on Criminal Minds, is leaving the long-running CBS crime procedural, producers announced on Friday, August 12. The news follows the actor’s altercation with a show writer, which went public on August 11. 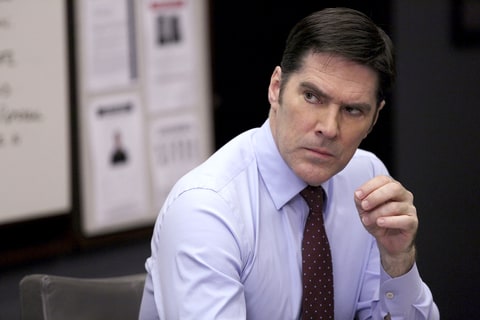 “Thomas Gibson has been dismissed from Criminal Minds,” ABC Studios and CBS Television Studios said in a statement released to Us Weekly. “Creative details for how the character’s exit will be addressed in the show will be announced at a later date.”

PHOTOS: Biggest Costar Feuds Ever! These Celebrities Can’t Stand Each Other Off-Screen

Gibson addressed his exit in a statement released to Us: “I love Criminal Minds and have put my heart and soul into it for the last twelve years. I had hoped to see it through to the end, but that won’t be possible now. I would just like to say thank you to the writers, producers, actors, our amazing crew, and most importantly, the best fans that a show could ever hope to have.”

The 54-year-old actor, who has starred on the drama since the September 2005 pilot, had previously been suspended for two episodes after reports surfaced that he kicked a writer in the leg on the set a few weeks ago during a spat about a season 12 episode that Gibson was directing.

“There were creative differences on the set and a disagreement,” the Dharma and Greg alum said in a statement on August 11. “I regret that it occurred. We all want to work together as a team to make the best show possible. We always have and always will.” 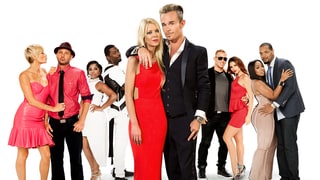 Tara Reid Kicked Off ‘Boot Camp’ Amid Her Fake Boyfriend’s Shocker
‘Bachelor’ Creator Reveals Season 21 Hint — Does It Point to Luke?
Amber Rose Flips Out After 50 Cent Offers Her a Job

A source told Us that the on-set spat was a “minor disagreement,” and that Gibson is a “kind-hearted family man.”

This was already a time of transition for the popular show. Original series star Shemar Moore (Derek Morgan) said goodbye in season 11, while Paget Brewster (Emily Prentiss) returns in a recurring capacity for season 12.

Tell Us: Will you still watch Criminal Minds without Thomas Gibson?