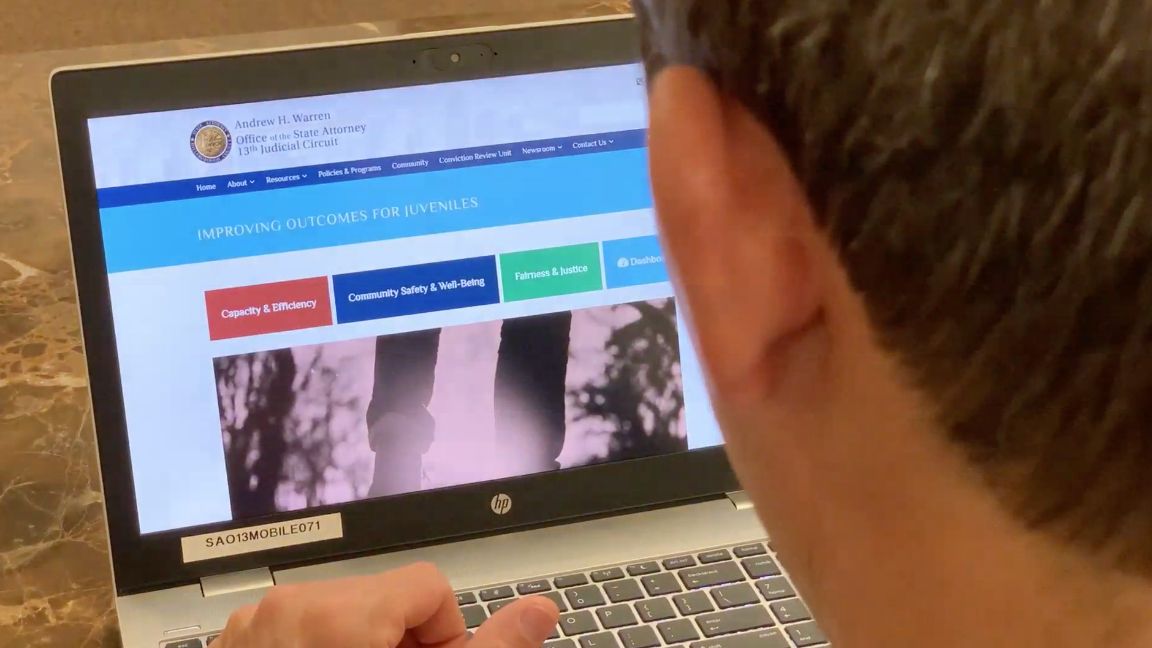 The Hillsborough County State Attorney’s Office today released a publicly available dashboard that includes data on how that office works in meting out criminal justice, from referrals to sentencing. The aim of the portal is to provide objective measures of how the 13th Judicial Circuit is performing beyond conviction and crime rates.

“Transparency builds trust. It’s that simple,” Hillsborough County State Attorney Andrew Warren said in speaking with Spectrum Bay News 9 on Thursday. “We want to make sure that everyone from every neighborhood and every background can have more trust in our criminal justice system.”

Warren says there are three main goals in publishing the data:

1) Showing the public how well they’re doing in terms of increasing community safety and well-being.

The Hillsborough County State Attorney’s Office worked with a team led by criminology professors from Florida International University and Loyola University with the Prosecutorial Performance Indicators project over the past two and-a-half years. They were given access to analyze hundreds of thousands of files in Florida’s 13thJudicial Circuit.

Hillsborough is one of four prosecutor offices around the country which are part of the project. The others are Florida’s 4th Judicial Circuit (which encompasses Jacksonville), as well as the prosecutor offices in Chicago and Milwaukee. The project is funded by a $1.7 million grant from the MacArthur Foundation’s Safety and Justice Challenge.

Hillsborough’s dashboard will track 23 “indicators”, but Warren says his hope is to continue to increase indicators over the next year so the publican can have an even greater understanding of how his office is performing and where they need to do more work.

The data also shows that trials for violent crimes that resulted in acquittal rose in 2019 from the previous year.

“The dashboard has identified a few areas where we need to do better,” Warren admits, adding that “a lot of the data it raises more questions than it does answers, but it’s a starting point for really important introspection so we can do a better job every day.”

Warren was reelected to his second four-year term as state attorney last month. He ran on a criminal justice reform platform when he defeated 16-year GOP incumbent Mark Ober in 2016.

That platform was noted by Besiki Kutateladze, the Florida International University professor who is heading up the PPI project. He said his group had two criteria for selecting prosecutors to be part of the proposal– with one being that they had to be willing to publish the data.

“Prosecutors are not known for transparency and publishing data is a completely unprecedented step,” he says.  “What Mr. Warren and Melissa Nelson (the state attorney in Jacksonville) are doing today is unprecedented for Florida and only a handful of jurisdictions nationally have done that. So they need to commit to publishing data…and they needed to commit to assessing racial and ethnic disparities across multiple points of decision making. And so we felt that Andrew Warren’s office met that requirement, and we’re thrilled to partner with him.”

Warren has been proactive this year in increasing transparency in his office.

In response to the protests in Tampa calling for more police accountability and racial equality following the death of George Floyd, he announced a series of proposals in October. Those plans included convening a working group to study race and criminal prosecution in Hillsborough; publishing reviews and findings of deadly force incidents; recruiting minority prosecutors and conducting more community engagement.