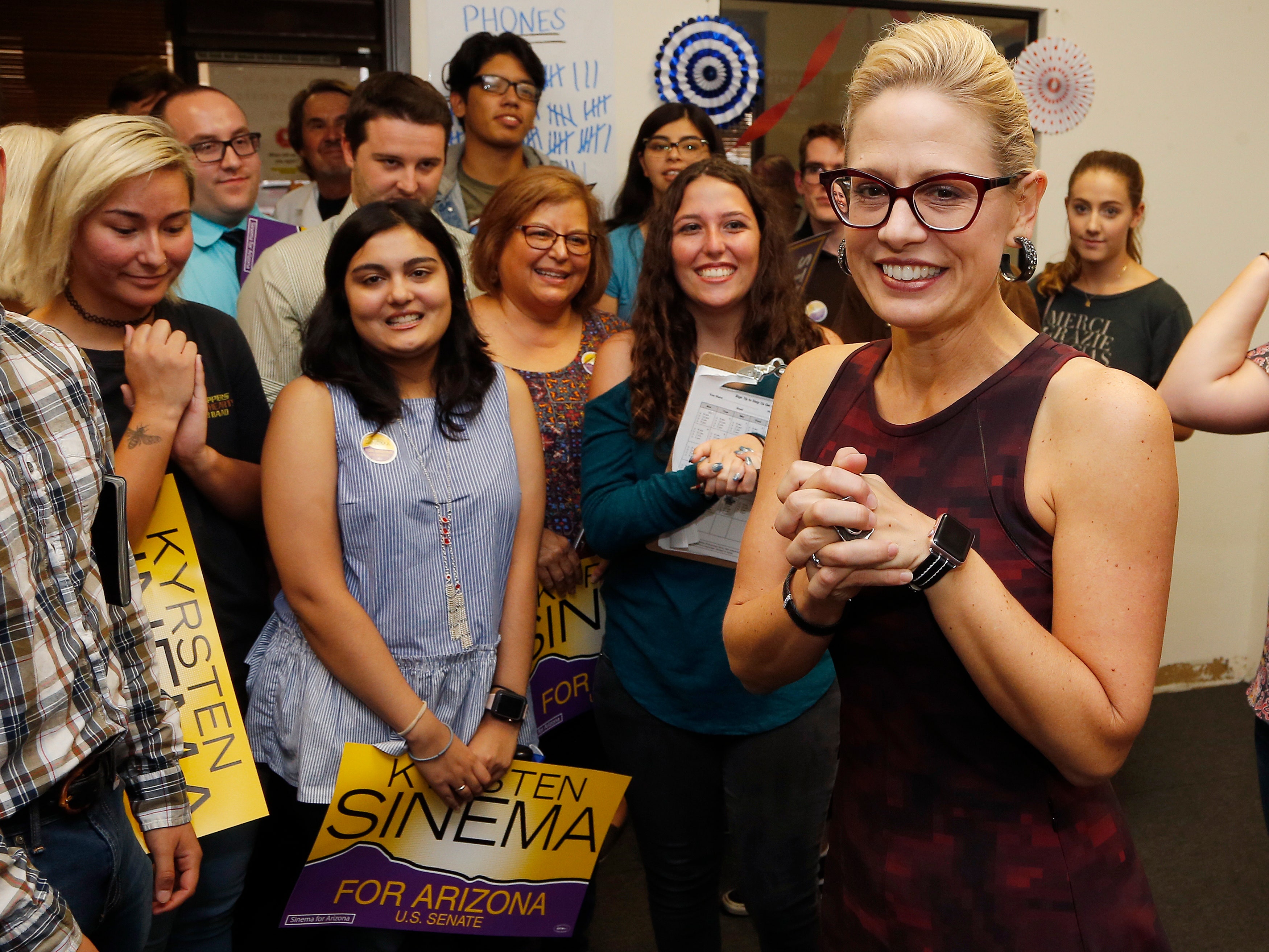 Sinema, a co-founder of the activist group Local to Global Justice, invited people in a now-closed Yahoo group to attend two events with Lynn Stewart, both in 2003.

At the time of the invite, Stewart had been charged with helping her former client Omar Abdel Rahman, a radical Egyptian spiritual leader of a terror group, to pass on secret messages to his followers to commit terror attacks.

Rahman was a former client of Stewart’s who was charged and sentenced to life in the 1990s for plotting to blow up the United Nations, an FBI building, two tunnels, and a bridge in New York City.

In the first event’s invite, Sinema said the lawyer was “emphatically not guilty” and would not have been charged with the crime if it weren’t for “the hastily enacted PATRIOT Act,” that expanded the U.S. government’s power to surveil people and thus catch Stewart passing on the messages in the wake of the September 11, 2001 terror attacks.

“Prior to September 11th and the hastily enacted ‘Patriot Act,’ Lynne Stewart never would have been indicted at all,” the invite posted by Sinema read.

“Last April, FBI agents arrested Stewart at her Brooklyn home. As they took her away in handcuffs, the FBI invaded and searched her Manhattan office. Her crime? Doing her job for the past 27 years as an outspoken criminal defense lawyer,” it added.

"Last April, FBI agents arrested Stewart at her Brooklyn home. As they took her away in handcuffs, the FBI invaded and searched her Manhattan office. Her crime? Doing her job for the past 27 years as an outspoken criminal defense lawyer."

The second event with Stewart came just days later after the first.

Sinema’s description of Stewart was not particularly accurate. Two years after the events in Arizona, Stewart was convicted of aiding the radical Egyptian cleric to pass on secret messages to a U.S.-designated terror group, the Islamic Group.

She was initially sentenced to 28 months in prison but, in 2010, she was resentenced again for 10 years behind bars. The federal judge said Stewart also committed perjury and lacked remorse after her first sentencing. The lawyer was eventually released in 2013 due to her medical condition and died in 2017.

Stewart reportedly helped Rahman, known as the ‘Blind Sheikh’, between 1997 and 2002 to pass instructions to the terror group’s followers. According to Bloomberg, Rahman relied on Stewart and two other people to withdraw his group’s support for the cease-fire with the Egyptian government after its 1997 terror attack that left 62 people dead.

The Sinema campaign did not respond to Fox News’ repeated requests for a comment.

Sinema is currently running against Republican Martha McSally in Arizona. According to Fox News’ 2018 Midterm Power Rankings, the race between the two candidates is a toss-up.