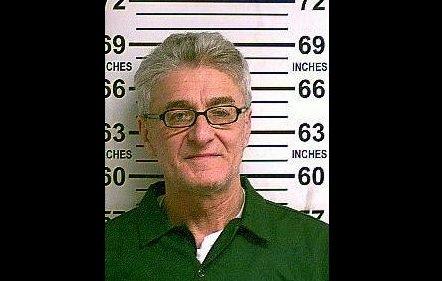 Neulander, 65, once a prominent obstetrician-gynecologist, was convicted by jury and sentenced to 20 years to life.

Shargel, known for his defense of crime bosses and politicians, was unable to convince local Judge Thomas J. Miller to overturn the verdict in a trial he presided over.

For the next round of appeals, Neulander has turned to another high-powered NYC lawyer, Alexandra Shapiro.

Shapiro and Shargel worked together on an appeal late last year directly related to Miller’s refusal to set aside the jury’s verdict.

And now, Shapiro is taking over Neulander’s overall appeal of his conviction in the September 2012 death of his wife, Leslie, in their DeWitt mansion. Neulander was convicted of killing her and trying to cover it up as a slip-and-fall in the shower.

If you count another NYC lawyer Neulander hired to help pick his jury, Josh Dubin, this will be the fourth lawyer he’s paid for his defense.

The two appeals in Neulander’s case have now been combined and Shapiro will argue on Neulander’s behalf in October before a five-judge panel in Rochester.

Shapiro is perhaps best-known for winning appeals on behalf of white-collar bankers and brokers involved in tax fraud and insider trading cases.

But the former president of the New York Council of Defense Lawyers also prosecuted violent gangsters as an assistant U.S. attorney. And she touts her expertise in “securities law, public corruption, tax fraud, criminal law, and intellectual property.”

She’s a former clerk of U.S. Supreme Court Justice Ruth Bader Ginsburg and argued an insider-trading case before the Supreme Court. Shapiro is a partner in the Shapiro Arato law firm on Fifth Avenue at 42nd Street in Manhattan.

A 79-page brief filed by Shapiro last week reiterates several arguments made by Shargel previously. Among those allegations:

The only totally new argument made in the appeal is that there simply wasn’t enough evidence to convict Neulander of murder. While an appeals court is loathe to second-guess a jury, it can vacate a conviction if there was “legally insufficient” evidence to support the verdict.

In other words, there is a legal standard of proof that must be met under law to convict someone: in this case, that Neulander intended to kill his wife and killed her. If that burden wasn’t met, the jury’s verdict can be overturned.

Shapiro delves into the trial testimony to argue that there simply wasn’t enough proof that this was anything other than a slip-and-fall.

The only other major distinction between Shargel’s arguments and Shapiro’s is that Shapiro not only criticizes the lawyers involved in the case, but also argues that Miller’s rulings should be overturned — most notably, the one upholding the jury’s verdict.

DA Fitzpatrick will now have a chance to respond to Shapiro’s arguments in writing. They will then argue before the court in person sometime in October. No date has been set.

Neulander remains in an Elmira prison pending his appeal.