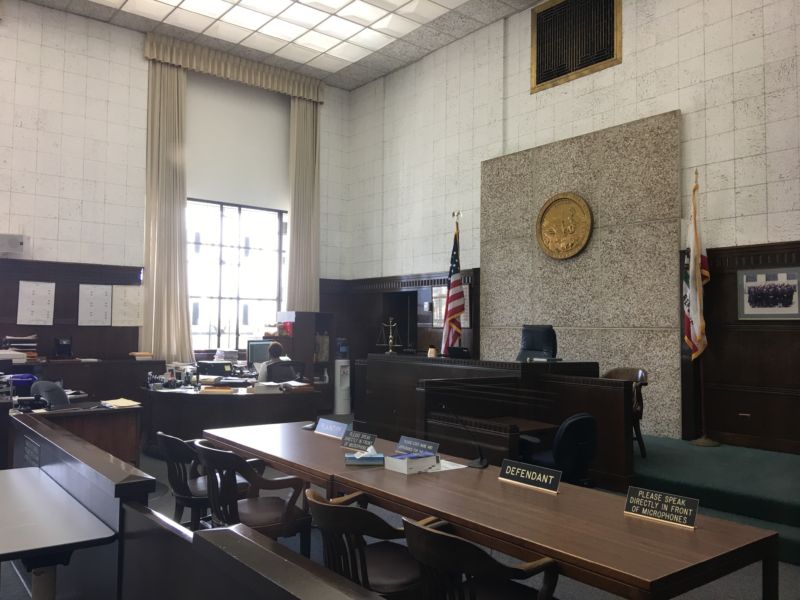 OAKLAND, Calif.—Most pieces of software don’t have the power to get someone arrested—but Tyler Technologies’ Odyssey Case Manager does. This is the case management software that runs on the computers of hundreds and perhaps even thousands of court clerks and judges in county courthouses across the US. (Federal courts use an entirely different system.)

Typically, when a judge makes a ruling—for example, issuing or rescinding a warrant—those words said by a judge in court are entered into Odyssey. That information is then relied upon by law enforcement officers to coordinate arrests and releases and to issue court summons. (Most other courts, even if they don’t use Odyssey, use a similar software system from another vendor.)

But, just across the bay from San Francisco, Alameda County’s deputy public defender, Jeff Chorney, says that since the county switched from a decades-old computer system to Odyssey in August, dozens of defendants have been wrongly arrested or jailed. Others have even been forced to register as sex offenders unnecessarily. “I understand that with every piece of technology, bugs have to be worked out,” he said, practically exasperated. “But we’re not talking about whether people are getting their paychecks on time. We’re talking about people being locked in cages, that’s what jail is. It’s taking a person and locking them in a cage.”

Odyssey is used not only in Alameda County and additionally in 25 of California’s 58 county courts, but also in counties nationwide, from Miami-Dade County, Florida, to Kane County, Illinois. Lawyers in at least three counties in as many states have reported problems nearly identical to Alameda’s and have begun formal legal proceedings as a result. Earlier this month, an activist group in Shelby County, Tennessee, alleged similar issues in a recently filed federal civil rights lawsuit. According to the Memphis Daily News, Shelby County Commissioners discussed on Wednesday possible legal action against Tyler Technologies.

Due to the same glitches, inmates in Marion County, Indiana, sued the county sheriff nearly two years ago in federal court over a related issue—that case is still ongoing.

Tyler Technologies did not respond to Ars’ requests for comment.

“How do you blame software?”

Seated in a windowless interview room at his office, Chorney told Ars on Wednesday afternoon that he and his colleagues would soon be filing a formal appeal to the 1st District Court of Appeal of California. His office remains frustrated that after months of letters to Alameda County’s supervising judges outlining the situation, nothing has changed.

Earlier this week, the San Francisco Chronicle detailed an account of a 24-year-old college student and teacher’s assistant from nearby Fremont who was wrongly arrested in September for an earlier drug possession warrant that had already been dismissed.

“A warrant was recalled by a judge and the warrant was recalled a second time and his entire case was dismissed; nevertheless, three days later he was arrested on that warrant,” Chorney continued, referring to the Fremont case. “I don’t know whether that was an input error or a mistake between computer systems, but I do know that with the old system those types of mistakes were not happening as often. With this new computer system it seems to be magnified.”

Since mid-November, the Alameda County public defender has filed an identical motion in hundreds of criminal cases, demanding that the court keep accurate records or abandon the Odyssey system entirely. That filing includes detailed descriptions of several other similar situations, including one where a person spent an additional 20 days in jail.

“If this is the computer system, and it’s not working and people’s rights are being violated, then you need to stop using it,” Chorney said. “If there’s a way to go back to the old one, then do that; if there’s a way to switch to something else—anything else has to be better than what’s happening right now.”

Elizabeth Joh, a criminal law professor at the University of California, Davis, told Ars that this situation was alarming. “Errors do occur in the criminal justice system, but in the past only people were to blame,” she e-mailed. “How do you blame software, and who is responsible? These kinds of systemic technology problems pose a real challenge to individual criminal defendants, who may sometimes not be aware of the source of the error—and it looks like Tyler Technologies is rejecting any responsibility.”

So, how did Alameda County get to this point? Alameda County Court Executive Officer Chad Finke explained the saga to Ars from his second-floor corner office in the René Davidson Courthouse, overlooking Lake Merritt. According to Finke, the issue dates back to 2012, when California’s judicial council—the rulemaking entity for state courts—killed a homegrown $500 million project known as the Court Case Management System. Not long after that, the state’s county courts were given the choice as to how to upgrade their case management systems, and over half of California’s counties, including Alameda, selected Tyler Technologies. 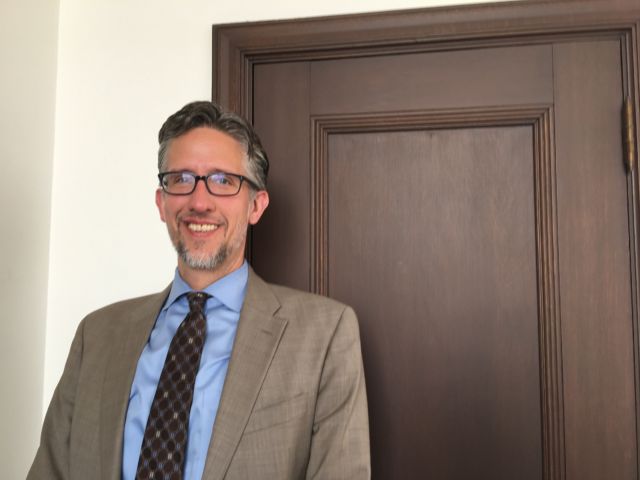 Enlarge / Chad Finke is the Alameda County Court Executive Officer and is overseeing the rollout of Odyssey.
Cyrus Farivar

Alameda spent some of 2014 and all of 2015 gearing up for the transition to their new system and pushed it back multiple times, until the June 2016 soft launch. The county finally cut ties with its 1970s-era system, known as CORPUS, in August. However, in addition to dealing with new cases—difficult enough for clerks—Odyssey also had to convert older cases into its own database, a process that is cumbersome and remains slow.

Although one of Odyssey’s chief selling points was that entire files would be digitized and available online, the reality is that there is a backlog of more than 12,000 files that have not been uploaded into the system. That number grows by 200-300 files every day and with it the danger that filings and minute orders may be lost in the process. Because of this backlog, many files have not been updated for weeks or even months. A judge or court clerk who wants to check on a future court date has no better than a 50-50 chance of finding it in the system, and the lawyer who needs a minute order, a filing or a charging document for a motion or writ is as likely as not to find it missing from the “paperless” file.

As a result, Finke now told Ars that there is a “protocol” between him and the public defender’s office, where he is to be notified of any problems so that they can be rectified in a timely manner.

“Was it a data conversion error, was it a human error?” he said. “Was it a case where the clerk didn’t input anything?”

He explained that one aspect of CORPUS was that some clerks didn’t always use the precise same format for making notations. One might use “168” to refer to Penal Code 168, while another might put in PC168, or PC168(a), or PC168a. Odyssey, like most modern software, has built-in checks that require certain fields to be formatted in specific ways. “So that gave everybody a lot of fits because you had to convert this nonstandard data into a standard format,” Finke explained. “I think that there is a little bit of that going on still. I think it is a combination of human error. It has been diminishing, it’s not gone. I don’t want to shine anybody on. It’s not an error-free process, but it’s certainly gone down.”

He estimated that the public defender’s office has documented 26 cases, and then presented 12 more—but for a court that does about 1,000 criminal hearings a week, errors remain a very small percentage.

But these problems have cropped up to such a degree statewide that there is now a “California Tyler User Group” (CA-TUG), where officials and IT staff from the 26 courts that use Odyssey can meet and troubleshoot issues. It is also telling that Alameda County has also chosen not to expand Odyssey to the family, probate, or civil side of the court.

“The way I look at it is this: let’s say that I knew I had to drive a car in a race. Tyler says: ‘We have a great car,’ and I bought the car,” Finke added. “But the car they sold me is a Prius—not the best car to race in. I say that the spin off that is often Odyssey isn’t working—it’s doing what its programmers designed it to do.”

The court executive said that he hopes the January 1, 2017 switch to another version of Odyssey, known as “Clerk Edition,” will help alleviate some of the problems.

On top of it all, Finke said, the court is operating as tightly as possible and cannot afford to hire more staff. Recently printed notices posted in the lobby of the courthouse announced reduced court hours for the rest of the year, including some days when the court will be totally closed during what would otherwise be normal business hours. “In our absolute best scenario we will end the year with $16,000 in the bank—we are right at the margin,” he concluded. “If we had bought Odyssey 15 years ago we probably wouldn’t have been in this situation because we would have just thrown more bodies at it.”

Dennis Cuevas-Romero, a spokesman for the California Attorneys for Criminal Justice, sent Ars a statement saying that the group was “very disturbed” by what was going on in Alameda County.

“Our criminal justice system is beset by racial and economic biases and ongoing examples of wrongful convictions, prosecutorial and police misconduct, all of which contribute to significant injustice, and often inappropriate incarcerations,” the organization said. “It is inconceivable that we would allow ‘technology’ to inadvertently put someone behind bars. We should all be outraged, and immediate action needs to be taken. All lives matter, especially those who are being wrongfully put behind bars due to computer problems. The local court is fully aware of this problem, and if it chooses not to take action it would not only be irresponsible but potentially require legal action.”