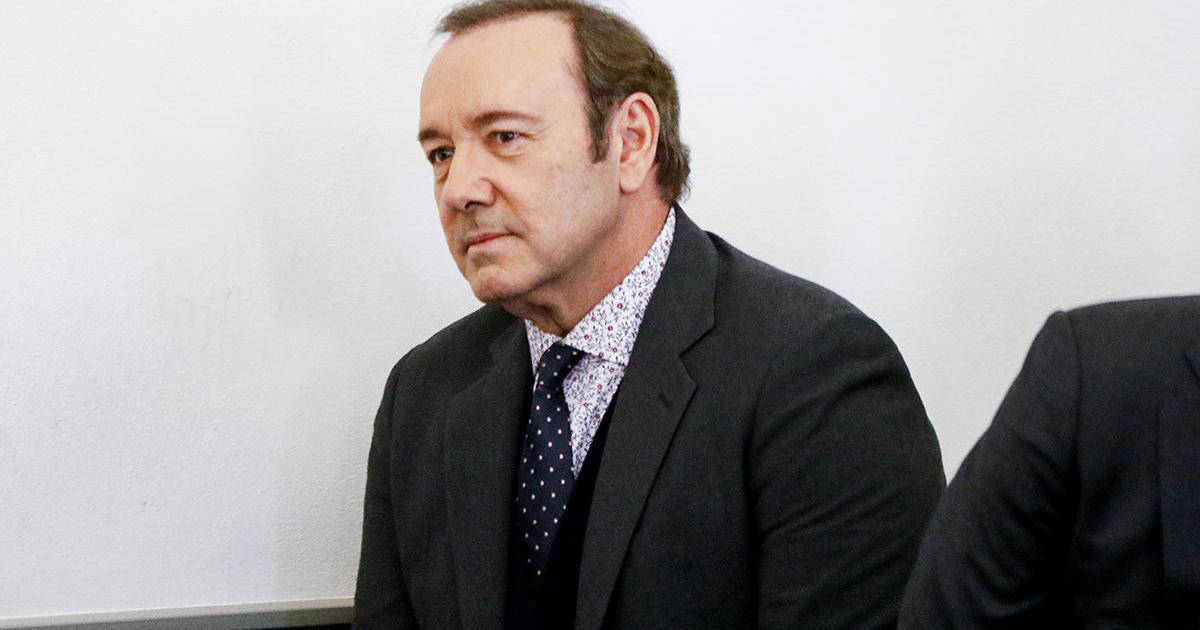 Boston — A man who said Kevin Spacey groped him in a Nantucket bar in 2016 has dropped his lawsuit against the actor. Mitchell Garabedian, a lawyer for the man, announced in an email Friday that the suit filed June 26 in Nantucket Superior Court has been voluntarily dismissed.

No reason was provided either by Garabedian or in the court filing. Garabedian said he would have no further comment.

According to the court filing, the suit was dismissed “with prejudice,” which means it cannot be refiled.

Garabedian’s client, the son of Boston television anchor Heather Unruh, alleged Spacey got him drunk and sexually assaulted him at the Club Car restaurant, where the then 18-year-old man worked. Spacey pleaded not guilty to indecent assault and battery, and his attorneys previously claimed the accuser was trying to get money from a high-profile figure.

While there are a range of reasons why a civil suit may be dropped so quickly after being filed, it could be an indicator a private settlement was reached and that the accuser may ultimately stop cooperating with prosecutors, said William Korman, a former prosecutor in the Suffolk County District Attorney’s office who is now a criminal defense lawyer specializing in sexual assault cases.

“Any settlement could not be conditioned on a refusal to cooperate with the prosecution,” Korman told The Associated Press. “Nevertheless, money is a great motivator for an individual not to follow through.”

It’s also possible prosecutors, upset with the timing of the civil suit, specifically asked the accuser to drop it, said David Yannetti, a former prosecutor who is now a criminal defense lawyer in Boston. The civil suit was filed months into the ongoing criminal case, but such suits are typically filed after a criminal case is decided, he said.

“Maybe the prosecution said it’s either about money or it’s about a crime, but it can’t be about both and you have to make a decision on where you want to go with this,” Yannetti said.

The civil suit was likely filed before completion of the criminal case because the three-year statute of limitations is approaching, added Yannetti.

“We’re operating with very little info, but it’s clear something unusual is going on here,” he said. “Either the prosecution got involved or there was some sort of civil settlement.”

More than a dozen people have accused Spacey of sexual harassment or assault. The actor was subsequently dropped from the Netflix show “House of Cards” and the film “All The Money in the World.”