A former Edmonton lawyer who was disbarred for cheating clients is now advertising his services on Kijiji, offering to tutor law students.

Shawn Beaver, once part of the prominent criminal law firm Beaver Leebody and Associates, was disbarred last month after the Law Society of Alberta found he wrongfully took at least $300,000 from clients and lawyers in his firm.

Beaver said he’s had some response to his ad on Kijiji.

“I don’t think anybody’s ever suggested that anything that may have happened in the past has affected my knowledge of the law or my ability to teach,” he told CBC News.

That’s a position Edmonton criminal defence lawyer Brian Beresh agrees with, as long as Beaver is upfront about his past and makes it clear to students that he is no longer a practising lawyer.

“Once that disclosure’s made, I think it would be a real waste not to employ his talents,” Beresh said. 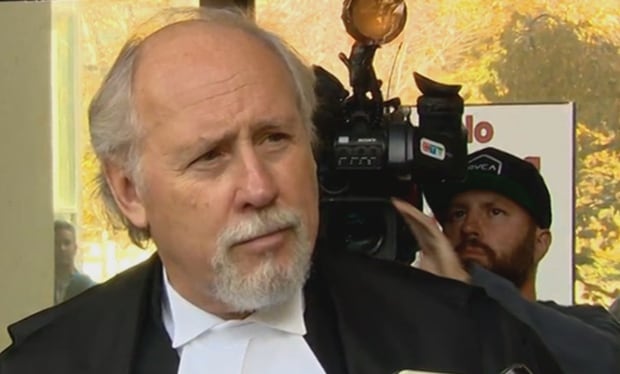 Beresh said Beaver is knowledgeable in criminal law and that students would benefit from his expertise.

The sentiment was echoed by students at the University of Alberta, where Beaver used to teach.

Student Udoy Mirdhu said he would take classes from Beaver if the former lawyer were completely open about what happened.

“If he was a good tutor, I wouldn’t mind,” Mirdhu said, adding that everyone has to find a way to make money and put food on the table.

U of A engineering student Linda Shao was a slightly more critical.

“By stealing he is going against his profession,” she said. “It’s almost like an engineer designing a faulty bridge on purpose.”

However, Shao acknowledged Beaver has experience and expertise to share with budding lawyers.

‘People can rehabilitate, and this is part of it.’–  Brian Beresh, criminal defence lawyer

Beaver said he’s been teaching since 1997.

“I love to teach, I have a lot to offer,” he said. “My teaching’s always been well received by students.”

The Law Society “does not regulate services offered or provided by disbarred lawyers unless those services involve the practice of law agency work or employment in a law office,” spokesperson Colleen Brown said in a written statement.

A spokesperson with the university’s law faculty said the school is aware Beaver is offering his tutoring services online.

“Given Mr. Beaver is a private individual, it would be inappropriate for us to comment on his activities,” said Jill Rutherford, the law department’s director of communications.

Beresh said he’s familiar with two other disbarred lawyers who went on to successful teaching careers.

“I think we have to be open to the honest belief that people can rehabilitate, and this is part of it.”

In February, Beaver was found guilty of, or admitted to, seven citations, including misappropriating funds from clients’ trust accounts, breaching accounting rules and wrongfully taking proceeds from the sale of a house.