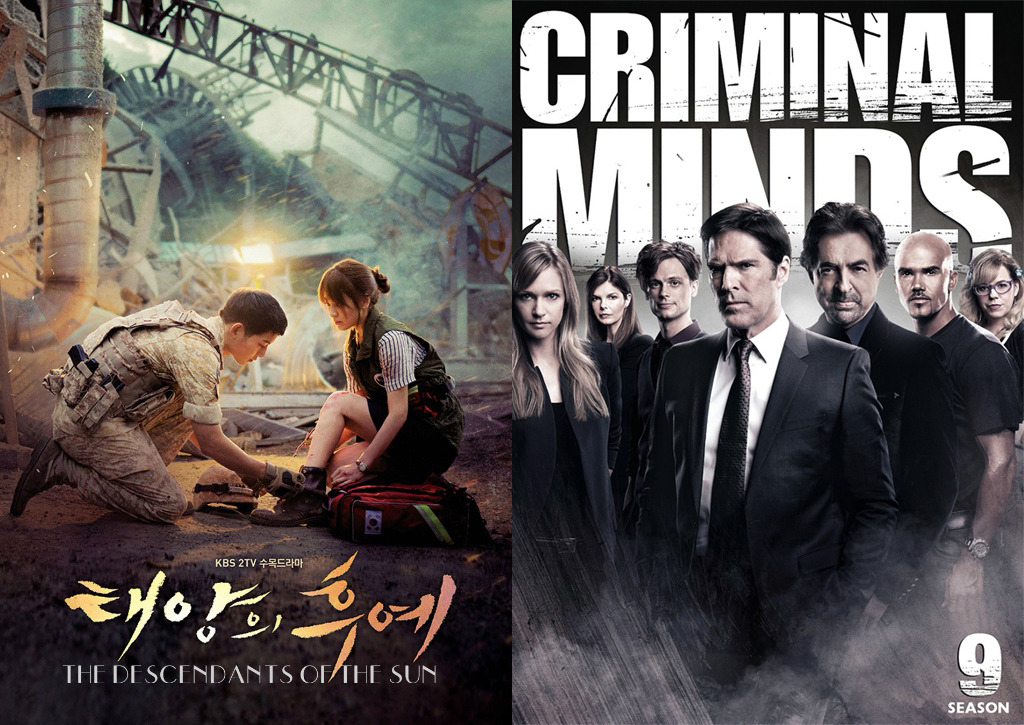 A representative from the company stated on June 8, “The remake of CBS’s ‘Criminal Minds’ will be a collaboration between NEW and Taewon Entertainment. We are targeting an early 2017 premiere, and are discussing the selection of a broadcast station.”

“Criminal Minds” is a U.S. crime drama which follows a team of criminal profilers from the Behavioral Analysis Unit (BAU) of the FBI. After premiering in September 2005, it has wrapped up its 11th season and was recently renewed for a 12th season. The internationally renowned series has a huge enough following to have spawned two spin-offs.

Meanwhile, production company NEW previously focused on films until their pre-produced drama “Descendants of the Sun” from early 2016 propelled them to hit-maker status. The pairing of Song Joong Ki and Song Hye Kyo reignited the Hallyu wave all over China as well as around the globe, with productions like OST concerts, photo essays, and director’s cut DVD’s in circulation, impacting Korea’s economy significantly.

Because of this recent success, there is much anticipation for the outcome of NEW’s next drama.

The production of U.S. series remakes is aplenty in 2016. tvN’s remake of “The Good Wife” headlined by Jeon Do Yeon and Yoo Ji Tae is set to premiere on July, and the remake of “Entourage” starring Seo Kang Joon, Lee Kwang Soo, and Lee Dong Hwi, among others, will broadcast on November.