One of those series returning on February is CBS network’s crime drama, ‘Criminal Minds.’ Fans excitement can’t be hidden as several speculations about the possible events to happen on the series’ return have rapidly been appearing online. 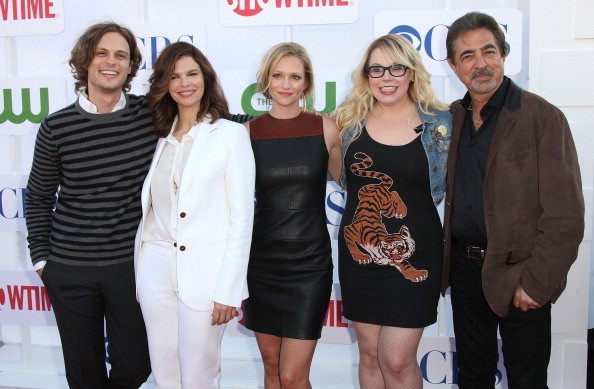 It’s officially announced that the hit police procedural action crime drama series from CBS, Criminal Minds, is coming back on the first day of February this year. The series is set to air on televisions the remaining episodes of season 12 which will start with the eleventh, with the title, “Surface Tension.”

The most recent episode aired just last week featured a series of home invasions in San Diego which turned out to be deadly. In the upcoming episode, it is expected that the team is going to have another case to solve but other possible happenings have been speculated online.

According to a report from TV Line, fans are going to see, once again, actress Jane Lynch, who will reprise his role for the character Diana Reid, Spencer Reid’s (Matthew Gubler) mother. It can be remembered that Lynch’s last appearance on the series as Diana was during the fourth season in which she was a recurring cast member.

One of the executive producers of the series, Erica Messer, told the source that the actress’ upcoming appearances on the show resets from the moment Spencer is with his mom and with her struggles. As recalled, Diana was found wandering in a Vegas casino, after dropping her Alzheimer’s treatment study program. The showrunner added that Lynch will appear on more episodes on the series, reprising her role as a recurring cast member.

Meanwhile, after months of silence, Messer, being one of the showrunners, broke her silence about the Thomas Gibson issue. In an exclusive interview with TV Guide, Messer revealed her sentiments after Gibson, who previously portrayed one of the lead roles, Aaron Hotchner, had left Criminal Minds.

Messer, who is also one of the writers of the series, apparently had a supposed story line on season 12 that she had planned when Gibson was still on the show. She revealed that it was difficult for her and the other writers to write Aaron Hotchner off the show in a believable way possible, especially that the fans have already invested on the character.

“I really had a hard time with that. This was a character I’ve known and loved for 12 seasons. I really wanted to be able to send him off in a way that felt believable for that character”, Messer said.

She added that it was also emotional for her to let go of the character because it has already been a huge part of the series for twelve long seasons. When asked about his probable comeback, Messer said that there has been no discussion about it and that it would probably be impossible for the character to return to Criminal Minds at this point.