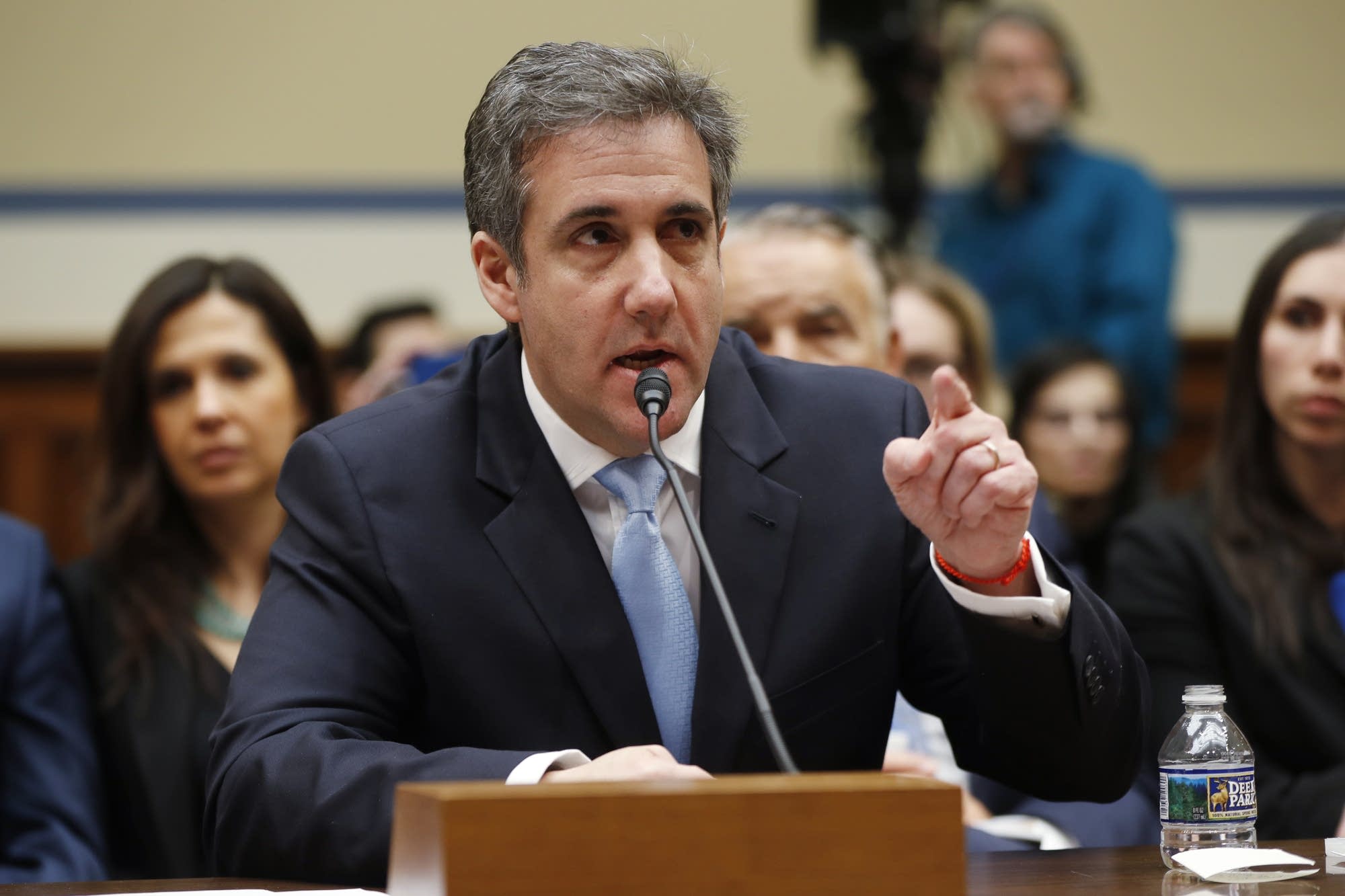 President Trump’s prison-bound former lawyer candidly told actor Tom Arnold last month that he pleaded guilty to some crimes he didn’t commit so his wife wouldn’t “get dragged into the mud of this crap.”

Michael Cohen told Arnold “they had me on campaign finance” for arranging hush-money payments to two women who claimed to have had affairs with Trump, but denied committing tax evasion and called a crime related to a home equity line of credit “a lie.”

He also complained in the March 25 call that he felt abandoned and tossed aside — like “a man all alone” — after giving more than 100 hours of interviews and testimony to federal investigators and congressional committees.

Arnold said he recorded the 36-minute call without Cohen’s knowledge because Cohen was known to record conversations and that he wanted to remember what they discussed. Arnold provided a copy to The Wall Street Journal, which reported on it and posted audio excerpts on its website on Wednesday.

It’s unclear where Arnold was when he made the recording. If he was in California, he could face legal scrutiny because the state requires consent from both parties on the call. If he was in New York, he’s in the clear. That state only requires one party’s consent.

Cohen met Arnold in June 2018 in what he described as a “chance, public encounter” in the lobby of a Manhattan hotel where Cohen was staying while his apartment was being repaired. Cohen said that Arnold asked to take a selfie .

The meeting happened about two months after the FBI raided Cohen’s hotel room and home and about two weeks before he publicly declared he was splitting from Trump, telling ABC’s George Stephanopoulos: “I will not be a punching bag as part of anyone’s defense strategy.”

Arnold, who hosted a Viceland series last year in which he investigated rumored recordings of Trump, told the Journal he made the recent call to Cohen to follow up on their meeting and to offer him moral support.

Arnold’s representatives did not immediately respond to an interview request.

Cohen is scheduled to begin a three-year sentence on May 6 at a federal prison about 70 miles (113 kilometers) northwest of New York City. His lawyers recently asked House Democrats to intercede to get a reduced or delayed sentence, but they’ve been reticent to do so.

According to the Journal, Cohen told Arnold he pleaded guilty to the charges he now disputes because federal prosecutors were looking at his wife, Laura Shusterman, because her name was on a bank account where he deposited $2.4 million in loan proceeds.

“I love this woman, and I am not going to let her get dragged into the mud of this crap,” Cohen said, according to the Journal. “And I never thought the judge was going to throw a three-year fricking sentence.”

Cohen’s concerns about the tax evasion and bank fraud charges appeared to echo some of what his former lawyer, Guy Petrillo, wrote in a sentencing memorandum submitted to the court in December.

Petrillo argued that Cohen’s tax evasion was “unsophisticated” and warranted less punishment than elaborate schemes. He argued that the bank fraud charge was the result of sloppiness in completing paperwork.

Cohen’s lawyer and spokesperson, Lanny Davis, acknowledged that Cohen spoke with Arnold and said that he “meant no offense by his statements.”

“Michael has taken responsibility for his crimes and will soon report to prison to serve his sentence,” Davis said in an emailed statement. “While he cannot change the past, he is making every effort to reclaim his life and do right by his family and country.”