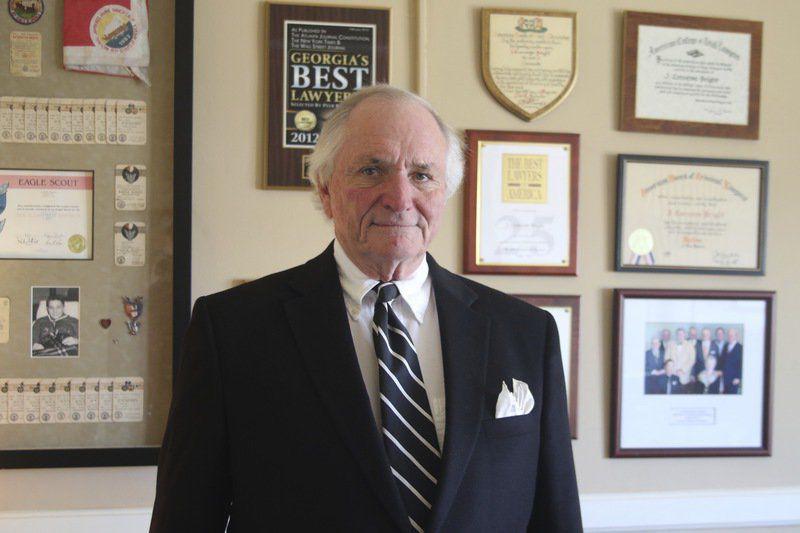 For 30 years Best Lawyers has helped residents identify the attorneys best qualified to represent them in distant jurisdictions or unfamiliar specialties, according to a press release. Best Lawyers lists are published in leading local, regional and national publications across the globe.

In order to win the designation, Bright had to go through a nomination process.

First, he had to be nominated. A lawyer can be self-nominated, according to Best Lawyers. Second, the currently recognized attorneys provide feedback on the caliber of a candidate’s work. Then the results are collected and feedback from voters is reviewed.

The candidates are then confirmed to be in good standing with their local bar associations. Finally, the results are released to the public.

Bright began his career as a lawyer in a way that isn’t possible any more — while he was in school.

Prior to graduating from the University of Georgia in 1965, Bright had taken the bar exam, a test that certifies a person to be a lawyer, in 1964 and passed, he said. Students now must graduate before taking the bar exam.

He opened his first practice in February 1965 in Savannah, he said. In 1967, he moved back to his hometown of Valdosta.

Bright doesn’t remember what exactly attracted him to the law.

“I developed my interest in being a lawyer in law school,” he said. “I couldn’t put my finger on a specific thing. It was interesting and I thought it was something I could do.”

“I’ve practiced in just about every area,” he said.

With 52 years experience, he seemingly has one regret.

“As long as I’ve been doing this — what I’d wish I’d done — is make a docket and write down all my cases,” Bright said.

He does have a case in his office containing five pistols from court cases where his clients were acquitted, he said.

Each gun has its own story. One was about a domestic violence case and another was from a drug deal.

Bright shared a case he won where a boy opened a cola bottle and the cap blew off and injured him.

He expected the boy to spend all of the money in a few years on cars and other things.

Rather than spending the money wantonly, the boy used the money to go to flight school and became a successful commercial pilot.

He also keeps a folder of thank you letters he has received through the years. He keeps them in a big red folder and the letters are stacked several inches high.

“These are what really matter — thank you notes,” Bright said sifting through the top layer of the letters.

With 52 years of service, the inevitable question of retirement came up.

Bright has no plans to retire and still has the motivation to keep working.

“As long as I can make a contribution and help people I’m going to keep doing it,” he said.

Bright is a member of the American Board of Criminal Lawyers and the American College of Trial Lawyers. Both groups are by invitation only.

Bright’s office is located in Downtown Valdosta at 101 Central Ave.